Tom Frieden, the Head of the US Centers for Disease Control and Prevention, has stated that further Ebola Virus Disease cases are expected in the United States of America, and that it is "inevitable" that there will be travelers to and from the countries affected in West Africa who will present symptoms. 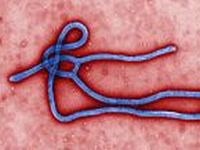 In declarations to the House Subcommittee on Africa, Global Health, Global Human Rights and International Organizations, Tom Frieden stated yesterday "It is certainly possible that we could have ill people in the US who develop Ebola after having been exposed elsewhere...We are all connected and inevitably there will be travelers, American citizens and others who go from these three countries - or from Lagos if it doesn't get it under control - and are here with symptoms".

To date some 55 per cent of the 1,700 people infected with Ebola Virus Disease since March 2014 in the Republic of Guinea, Liberia, Sierra Leone and now Nigeria have died (around 932 people).

Vice President of Program and Government Relations at the Christian aid group Samaritan's Purse Ken Isaacs, states that "One of the things that I recognized during the evacuation of our staff is that there is only one airplane in the world with one chamber to carry a level-four pathogenic disease victim". He added that "It is clear that the disease is uncontained and it is out of control in West Africa," and concludes that "The international response to the disease has been a failure."

Two US healthcare workers, Kent Brantly and Nancy Writebol are improving after contracting Ebola Virus Disease (EVD) in Monrovia, Liberia. In July, the US-Liberian citizen Patrick Sawyer, died in Lagos, Nigeria after travelling from Liberia via Lome, Togo, Seven people in close contact with him were infected and one of them, who was a nurse treating him, died this Tuesday.

A Saudi Arabian citizen who had been in Sierra Leone died of a heart attack after showing symptoms compatible with EVD recently. Benin, a country neighbouring Nigeria, has reported two possible cases.