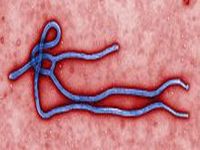 A national alert has been issued by the organization Public Health England to all doctors in the United Kingdom after the virus spread from Guinea, where it first appeared in February, to Liberia, Sierra Leone and now, Nigeria in the worst outbreak ever of this hemorrhagic fever.

Philip Hammond has declared that EVD is a "threat" to the United Kingdom, an opinion which has been backed by the British government's chief scientist, Sir Mark Walport.