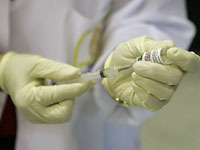 Medicare costs for hospice care have increased more than in any other health care sector as for-profit companies continue to gain a larger share of the end-of-life medical market, government records show.

A recent report by the inspector general for Health and Human Services, which oversees Medicare, found for-profit hospices were paid 29% more per beneficiary than non-profit hospices. Medicare pays for 84% of all hospice patients, says USA Today.

Hospice care is provided at the end of a person's life and focuses on providing comfort, not a cure. Medicare covers certain hospice care costs provided a person has a terminal illness, six months or less to live and receives care in an approved facility.

The rise in spending is largely due to a big increase in the number of people who use hospice services. In 2009, more than 1 million people received hospice care, a 25 percent increase over 2005. People can receive this type of care at home, in a long-term care facility, in hospitals or in facilities that specialize in hospice care.

In addition to a boom in the number of people who receive it, the number of facilities that provide end-of-life care services also increased, according to ABC News.

Well, the Office of the Actuary in the Centers for Medicare and Medicaid Services recently put out its annual projections of national health care spending. And, contrary to the President, the actuaries find that Obamacare will dramatically increase the near-term growth rate of health care costs. In 2014, the actuaries find that growth in the net cost of health insurance will increase by nearly 14 percent, compared to 3.5% if PPACA had never passed. The growth rate of private insurance premiums will rise to 9.4 percent, from 5.0 percent under prior law: an 88% increase, informs Forbes.