Armadillos and people with leprosy infected with same bacterial strain 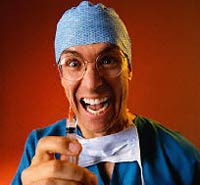 According to new study, some armadillos and people with leprosy in the southern United States are infected with the same bacterial strain. That suggests that the disease, which causes skin lesions and eventual nerve damage, can pass between species, although that circumstance appears to be rare.

The discovery has offered scientists a new way to think about how leprosy may persist in the environment. And it helps to explain how some people contract the disease, especially if they've never traveled outside the U. S., reports.

"A preponderance of evidence shows that people get leprosy from these animals," said Richard W. Truman, director of microbiology at the National Hansen's Disease Program in Baton Rouge and lead author of a paper detailing the discovery in the New England Journal of Medicine.

Until now, scientists believed that leprosy was passed only from human to human. Every year, about 100 to 150 people in the U.S. are diagnosed with the malady, which is also known as Hansen's disease. Most of those cases are in Texas and Louisiana, where leprosy-infected armadillos live too.

Leprosy is caused by the bacterium Mycobacterium leprae, a cousin of the microbe that causes tuberculosis. People with leprosy develop skin lesions; severe cases can cause nerve damage or disfigurement in the limbs, according to .