13:15
Russian Defence Minister announces Ukraine's losses in November
19:39
Putin pays visit to Crimean Bridge two months after explosion
18:32
Russia strikes Ukraine's infrastructure facilities for 8th time
16:11
Retired US intelligence officer: Russia will win in Ukraine in summer of 2023
15:56
British mercenary: Winter cold in Ukraine came as a shock to us
15:31
Moscow responds to EU's decision to cap prices on Russian oil
14:52
As many as 2,500 dead seals found on the coast of Caspian Sea in Dagestan
14:11
Three household gas explosions occur in different parts of Russia in one day
23:35
Putin keeps his promise and presents impressive gift to China

Swine Flu, sorry, Influenza A H1N1, struck terror into the international community in 2009. Has it come back as seasonal flu, its symptoms much diminished as it has disseminated itself? The number of people in intensive care because of Influenza in the UK is sky-rocketing. What is going on? 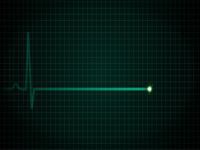 The symptoms are tellingly similar to those of swine flu: temperature, aching limbs, extreme fatigue, cough, nausea and vomiting, diarrea and the number of people in intensive or critical care in the UK with confirmed or suspected cases of influenza has doubled within the last week.

460 people are currently in intensive or critical care in the United Kingdom because of the Influenza virus, up from 182 last week. According to the United Kingdom's Department of Health, 366 of these cases affect people between 16 and 64 years of age, while 27 people have died of flu this season; 9 of these were children and 88% of these deaths have been attributed to Influenza A H1 N1...Swine flu.

Professor Dame Sally Davies, Chief Medical Officer, declared in an interview with Sky News that "we've got swine flu come back again". The same source quoted molecular biology expert Dr. Alan McNally of Nottingham's Trent University, declaring that the swine flu of 2009 had returned as a seasonal flu. "What you are now seeing is last year's pandemic virus, which was referred to as swine flu, is doing what it would be expected to do if you were an influenza biologist," he stated.

He added, in his interview with Sky News, "It has come back as what is now normal seasonal flu," stating that the number of people in intensive care was worrying. For him " this time last year the uptake of the vaccine was not as strong as it should have been".