A woman's risk of heart disease and stroke in middle-age and beyond may be associated with the number of children she gives birth to, a large study of Swedish women hints. 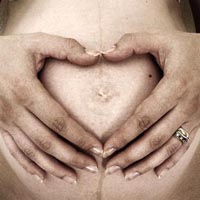 "Women having two births had the lowest risk of future cardiovascular disease," Dr. Erik Ingelsson, at Karolinska Institutet in Stockholm, said reporters, while women having five or more births had the highest risk.

During follow up lasting up to 23 years (average of 9.5 years), more than 65,000 heart disease-related events such as heart attack or stroke occurred, the researchers report in American Heart Journal.

The investigators found similar risks when analyzing a subset of nearly 600,000 women with complete pregnancy and birth records and at least one birth between 1973 and 2005. Taking into account pregnancy complications such as high blood pressure and pregnancy-related diabetes, and birth-related complications did not explain the link between number of births and later heart disease and stroke risk.

American Heart Journal has contributed to the report.