Mother's Age May Cause Child's Autism

University of California, Davis researchers discovered that advanced maternal age is linked to a significantly higher risk of having a child with autism, regardless of how old the father is. 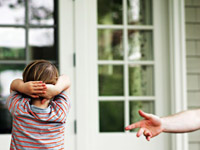 Mother's Age May Cause Child's Autism

The scientists said their research included a study of all births in California in the 1990s. They said in a statement that the father's age was not an issue in autism risk unless he is 40 or older and the mother is younger than 30.

The researcher said that the incremental risk of having a child with autism increased by 18 percent for every five-year increase in the mother's age. For example, a 40-year-old woman's risk of having an autistic child was 50 percent higher than that of a woman between the ages of 25 and 29.

Many studies indicate autism, which is a spectrum of social and communication disorders, is on the rise in the United States. According to the UC, Davis report, current estimates indicate between 1 in 100 and 1 in 110 children will develop autism.

The study appears in the journal Autism Research.

AHN has contributed to the report.