Scientists in London have found the gene which seem to keep the secret of youth. 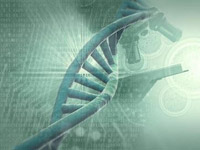 Researchers from King's College London and the University of Leicester made the breakthrough as part of research into the relationships between certain diseases with biological rather than chronological age.

Chronological ageing is how old someone is in years, whereas biological age reflects whether the cells of some people are older or younger than suggested by their actual age.

According to the scientists there is accumulating evidence that the risk of age-associated diseases including heart disease and some types of cancers are more closely related to biological rather than chronological age.

The researchers studied structures called telomeres which are parts of one's chromosomes. Individuals are born with telomeres of certain length and in many cells telomeres shorten as the cells divide and age, scientists explain.

"Telomere length is therefore considered a marker of biological ageing. In this study what we found was that those individuals carrying a particular genetic variant had shorter telomeres i.e. looked biologically older. Given the association of shorter telomeres with age-associated diseases, the finding raises the question whether individuals carrying the variant are at greater risk of developing such diseases," the group reflected.

The variants identified lies near a gene called TERC which is already known to play an important role in maintaining telomere length. The scientists point out that the study suggests that some people are genetically programmed to age at a faster rate.

"The effect was quite considerable in those with the variant, equivalent to between 3-4 years of 'biological ageing' as measured by telomere length loss. Alternatively genetically susceptible people may age even faster when exposed to proven 'bad' environments for telomeres like smoking, obesity or lack of exercise - and end up several years biologically older or succumbing to more age-related diseases."

The team analysed more than 500,000 genetic variations across the entire human genome to identify the variants, found near a gene called TERC.