Quitting smoking after a diagnosis of early stage lung cancer doubles the odds that a patient will live half a decade longer, a new study finds. 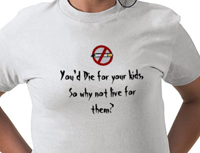 "The results are quite dramatic. I don't think anybody would have expected such a dramatic difference. It's incredible," said Dr. Norman Edelman, chief medical officer for the American Lung Association. "The important caveat is that this is early lung cancer."

Early stage lung malignancies can have cure rates of 50 percent to 60 percent, Edelman noted. The tragedy is that very few lung cancers (perhaps 20 percent, the authors stated) are diagnosed at this early stage.

The new findings are published in the Jan. 21 online edition of BMJ.

According to an accompanying journal editorial, fewer than one-third of all patients with lung cancer are still alive just one year after diagnosis.

Of course, the best way to prevent lung cancer is to never smoke, or to quit if you do smoke. People who quit smoking have a dramatically lower incidence of being diagnosed with lung cancer over the life span, experts note.

But it's been less clear how quitting smoking might affect patient prognosis after a diagnosis has already been handed down, the study authors said.

To find out, the British researchers pored over data from 10 prior observational studies looking at the impact of quitting smoking post-diagnosis.

The survival seemed to come from a lower likelihood of tumor recurrence, not from heart/lung improvements, the researchers said.

And because all of the studies included in this analysis were observational in nature, it's not certain yet whether quitting smoking actually caused the decline in deaths.

Still, the findings beg the question of whether smoking cessation counseling should be routinely offered to people diagnosed with lung cancer.

BusinessWeek has contributed to the report.