The H1N1 flu pandemic remains relatively mild and its effects are probably closer to those of 1957 and 1968 than the far more deadly 1918 version, the World Health Organization (WHO) said on Monday. 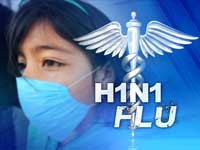 Margaret Chan, WHO director-general, also said the H1N1 pandemic appeared to be easing in the northern hemisphere but could still cause infections until winter ends in April. It was too soon to say what would happen once the southern hemisphere enters winter and the virus becomes more infectious.

The 1918 pandemic, known as the Spanish flu, swept around the world at the end of World War One, killing some 40-50 million people.

Governments have taken appropriate steps this time to protect their populations and will ultimately earn "the highest marks," said Chan, a former health director of Hong Kong.

Populations should continue to be vaccinated, she added, reiterating that the vaccine was safe and effective.

In public health crises, it was better to "err on the side of caution," Chan said. "I believe we would all rather see a moderate pandemic with ample supplies of vaccine than a severe pandemic with inadequate vaccine."

Nearly 14,000 official deaths have been reported by more than 200 countries since the virus emerged in North America last April, but it will take at least 1-2 years after the pandemic ends to establish the true toll, she said.

WHO experts say the actual death rate could be much higher than the number of laboratory-confirmed cases so far.