Deficiency of Vitamin D in Black People Kills Them

A study shows that lower levels of vitamin D in African-Americans may partially explain the higher risk of cardiovascular death in black people compared with white people in the United States. 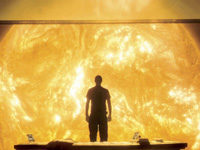 Deficiency of Vitamin D in Black People Kills Them

Researchers analyzed the medical records of more than 15,000 adults who participated in a government-run health survey from 1988 through 1994. By the end of 2000, 933 had died of cardiovascular causes.

A retrospective study like this one can’t prove cause and effect. Also, the ways vitamin D might affect cardiovascular disease are not well understood.

Boston.com has contributed to the report.