The H1N1 Flu Is to Last a Year Longer

In approach of the new year medical officials make prognosis on the flu treatment. 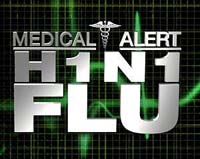 The H1N1 Flu Is to Last a Year Longer

The H1N1 flu pandemic may not be conquered until 2011, the head of the World Health Organization (WHO) said on Tuesday.

"I think we must remain prudent and observe the evolution of the pandemic in the course of the next six to 12 months before crying victory," WHO Director-General Margaret Chan was quoted as saying in an interview with the Geneva daily Le Temps.

"It is too soon to say that we have passed the peak of the (H1N1) flu pandemic on a worldwide scale... Winter is still long," she said.

Chan also said the world was still not ready to combat a pandemic of the separate H5N1 bird flu virus. She fought outbreaks of the more deadly avian flu while serving as health director of Hong Kong.

"I say it without hesitation: we are not at all ready. I really hope that the world doesn't ever have to confront a bird flu pandemic," she said.

H1N1 has spread to more than 200 countries, with nearly 12,000 deaths confirmed in laboratory, but it will probably take two years to establish the true death toll, Chan said.