Patients Got Confused by the Scent of Tylenol Arthritis Pain Caplets

A voluntary recall of Tylenol Arthritis Pain Caplets is being expanded because of consumer reports of an unusual moldy odor with the 100-count bottles, the U.S. Food and Drug Administration said late on Monday. 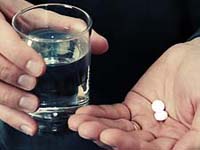 Patients Got Confused by the Scent of Tylenol Arthritis Pain Caplets

The FDA said it and Johnson & Johnson were expanding the recall to all available product lots of the pain caplets with the distinctive red EZ-open cap.

The initial recall involved five lots of the product in November after reports of an unusual musty or mildew-like odor that was associated with nausea, stomach pain, vomiting and diarrhea, the FDA said.

The agency said the odor was believed to have been caused by the breakdown of a chemical used to treat wooden pallets that transport and store packaging materials.

It said the health effects of the compound have not been well studied, but the events reported to the company have been temporary and not serious.

The FDA said consumers who bought Tylenol Arthritis Pain Caplet 100-count bottles with the red cap from the lots included in the recall should stop using the product and contact McNeil Consumer Healthcare for a refund or replacement.