A new Danish study can help people who have complexes about their too young-looking face despite their age to get rid of the fret. The research suggests looking young apparently means a longer life. 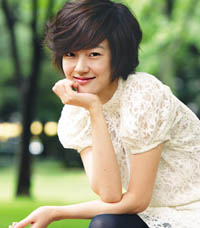 In 2001, Danish researchers conducted physical and cognitive tests on more than 1,800 pairs of twins over aged 70, as well as taking photos of their faces. Three groups of people who didn't know the twins' real ages guessed how old they were. The researchers then tracked how long the twins survived over 7 years.

The experts found that people who looked younger than their actual age were far more likely to survive, even after they adjusted for other factors like gender and environment. The bigger the difference in perceived age within any twin pair, the more likely it was that the older-looking twin died first.

They also found a possible biological explanation: people who looked younger also tended to have longer telomeres, a key DNA component that is linked to aging. People with shorter telomeres are thought to age faster. In the Danish study, the more fresh-faced people had longer telomeres.