The surprising and a bit disappointing data of a new study show that casual sex may not cause emotional or psychological damage. 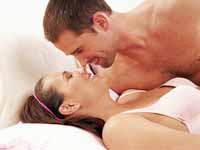 Despite the pervasive belief that hooking up casually is detrimental to the well-being of young adults, researchers found that not to be the case in a recent study, reports the Minneapolis Star Tribune.

The study asked 1,311 Minnesota-based young adults, between the ages of 18 and 24, about their most recent sexual experiences, their self-esteem and their general well-being after the experience.

Only one-fifth of the subjects said their most recent experience was casual. And overall, their emotional status wasn’t any different from those who said their last sexual experience was with a committed partner.

“We were so surprised,” said Marla Eisenberg, who is an assistant professor at the university School of Public Health.

“The conventional wisdom is that casual sex, 'friends with benefits,' and hooking up is hurtful. That's what we've been teaching kids for decades,” she said, adding that abstinence-only sex education programs in particular enforce this notion.

However, researchers said that this doesn’t mean casual sex is for everyone - and Eisenberg is quick to warn of the physical consequences of casual sex. Rates of sexually transmitted diseases continue to increase and teen pregnancy rates in Minnesota in particular are also on the rise, according to The New York Daily News' report.