Researchers Prove the Link Between Smoking and Colorectal Cancer Incidence

New study results confirm the suggestions that smokers, who is very fixed in that bad habit for years, have an increased risk for developing colorectal cancer, even after adjusting for other risk factors. 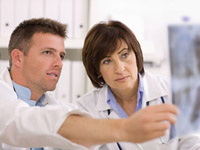 Researchers Prove the Link Between Smoking and Colorectal Cancer Incidence

Findings are published in the December issue of Cancer Epidemiology, Biomarkers & Prevention, a journal of the American Association for Cancer Research, as part of a special focus on tobacco.

Scientists tested the association between long-term cigarette smoking and colorectal cancer after adjusting for multiple other factors that are generally associated with risk, including screening. From 1992 through 2005 the researchers followed almost 185,000 participants aged 50 to 74 years old; participants described their behaviors and medical conditions.

Participants who smoked cigarettes for 40 or more years, or who did not quit before age 40, had a 30 % to 50 % increased risk of developing colon or rectal cancer during the follow-up, even in analyses that adjusted for 13 other potential risk factors. After 13 years of follow-up, the researchers identified 1,962 cases of invasive colorectal cancer.

While previous large studies conducted in long-term smokers showed similar results, it was stated that this study is the first to control for screening and all of the suspected risk factors for colorectal cancer, such as alcohol consumption, physical inactivity and consumption of red or processed meat.

Science Daily  has contributed to the report.