Woman Gets Millions for Drug-Induced Cancer

A jury in Philadelphia has ordered Wyeth Pharmaceuticals to pay a woman $75 million in punitive damages after finding a link between her breast cancer and a hormone-replacement drug. 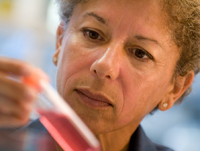 Woman Gets Millions for Drug-Induced Cancer

That's according to an attorney for the woman, Connie Barton.

The punitive award for Barton, of Peoria, Ill., had been sealed until Monday because of another Prempro case under way in the same courthouse.

A spokesman for Pfizer Inc., which recently acquired Wyeth, says the company will challenge the Barton verdict, and another verdict also announced Monday.

Barton's case is one of a handful of Prempro lawsuits to go to trial out of several thousand filed across the country, according to the Associated Press' report.