Companies make another shot at global struggle against smoking. Experts are optimistic at the prospective. 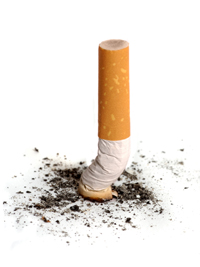 Nabi Biopharmaceuticals  and a unit of GlaxoSmithKline Plc signed a licensing agreement for Nabi's experimental vaccine to treat nicotine addiction and the prevention of the harmful habit relapse.

Nabi will get $40 million upfront and is eligible to get more than $500 million in option fees and milestones for the vaccine, NicVAX, and follow-on nicotine vaccines.

In return, the British drugmaker will get an option to exclusively in-licence NicVAX on a worldwide basis and a licence to develop follow-on nicotine vaccines.

Nabi will be responsible for the first of two NicVAX late-stage trials, and upon successful completion GlaxoSmithKline Biologicals SA could take responsibility for further development of the vaccine.

The companies expect to complete the deal in the first quarter of 2010.

The vaccine, which received a $10 million grant from the National Institute on Drug Abuse in October, is designed to stimulate the immune system to produce antibodies that bind to nicotine.

The global market for smoking cessation is expected to reach $4.6 billion by 2016, and vaccines could account for $2 billion in sales.

In October, a similar anti-smoking vaccine by Cytos Biotechnology (CYTN.S) and Swiss drugmaker Novartis (NOVN.VX) missed its main goal in a mid-stage study, leading some analysts to question whether it can make it to the market.

Nabi shares rose 26 % to $4.50 in morning trade Monday on Nasdaq. Glaxo shares were down 4 pence at 1247 pence by 1434 GMT on the London Stock Exchange, according to Reuters's report.