Female Version of Viagra Is on the Way

Women may soon have their own version of men's little blue pill for enhancing sexual appetite, according to researchers' finding. 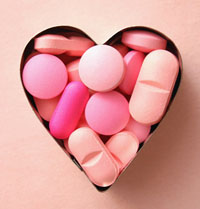 Female Version of Viagra Is on the Way

The experimental drug, called flibanserin, was originally developed in the 1990s by Germany's Boehringer Ingelheim GmbH as an antidepressant. By 2002, the company knew that the drug did not lift spirits, but it did seem to increase the desire for sex.

The company has so far said little about clinical trails of the drug for this purpose, but is expected to present results on studies in 5,000 women Monday at the European Society for Sexual Medicine.

A survey of 31,000 U.S. women by the company found that one in 10 expressed distress occurs because of diminished sexual drive.  Experts thus predict that the market for the drug, if it is approved, could be bigger than the $2 billion annual sales of erectile dysfunction treatments.

The big question is,  what will be men's reaction to such exaggerated desire?

Los Angeles Times  has contributed to the report.