Scientists Urge to Moderate Use of Cell Phone to Prevent Tumor

British scientists resumed the apprehensive talks about link between the use of mobile phone and brain tumor. 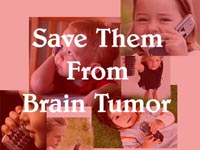 Scientists Urge to Moderate Use of Cell Phone to Prevent Tumor

The World Health Organization carried a study, which surveyed the cell phone habits of 12,8000 people in 13 countries, found a "significantly increased risk" of brain tumors among people who had used cell phones for 10 years or longer, Elisabeth Cardis, the head of the study told reporters.

Cell phone use by children should be restricted, Cardis said, adding she does not insist on banning cell phones for children because of their importance in emergencies and in maintaining contact with parents.

Adults should minimize their use and reduce direct contact with the phone via wireless ear devices, headsets and other hands-free kits, authorities said.

A representative of the Mobile Operators Association said more than 30 other scientific surveys found no adverse health effects from cell phone use.

The United Press International   has contributed to the report.