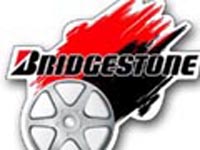 Bridgestone reported on Thursday that its profit jumped 64 percent in the first 9 months of 2007 due to brisk sales of tires.

Profit at Bridgestone Corp. climbed to 82.34 billion yen (US$714.1 million; EUR494.3 million) for the nine month through September from 50.06 billion yen the same period the previous year.

Sales soared 14 percent to 2.467 trillion yen (US$21.40 billion; EUR14.81 billion) during the period from 2.163 trillion yen a year earlier. Bridgestone did not break down quarterly numbers.

By tire sales volume, Bridgestone is competing against Michelin SA of France for the world's top spot, but it surpasses Michelin in global revenue.

Bridgestone's profit in tires were robust, despite the rising cost of oil and other raw materials, as the company introduced new products and invested in overseas production, it said in a statement.

The Tokyo-based company also manufacturers other industrial rubber and chemical products, but tires are its biggest business, accounting for 80 percent of sales.

Tire sales were flat in Japan, where the auto market has been stagnant, but they were up in North America, Europe and other regions, it said.

The absence this year of last year's one-time loss of 17.8 billion yen (US$154.4 million; EUR106.9 million) for closing two tire plants in the Americas also helped results, the company said.

Under its latest business plan, Bridgestone hopes to increase annual sales to about 4 trillion yen (US$35 billion; EUR24 billion) in 2012.