J.C. Flowers & Co. is in talks with Northern Rock PLC about a possible takeover bid. 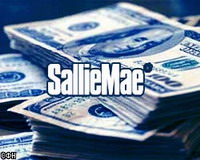 Flowers, which faces competing interest from Richard Branson's Virgin Group for Northern Rock, said it intended to install Paul Myners, the former chairman of leading retailer Marks & Spencer PLC, as chairman if a deal is agreed.

Myners, who has a string of other executive and non-executive positions, is currently head of a body tasked with implementing the British government's plans for a national pension savings program.

He would be joined by Richard Pym, who retired in July as chief executive of Alliance & Leicester PLC, as executive deputy chairman, and Hugh Scott-Barrett, the former chief financial officer of Dutch bank ABN Amro Holdings NV, to fill the same role at Northern Rock.

The stock has dropped around 70 percent since Sept. 13, the day before Northern Rock revealed it had sought emergency Bank of England funding.

Flowers' announcement comes as concerns grow about the level of losses being sustained by Northern Rock, Britain's biggest casualty of the global credit crunch.

The mortgage lender ran into trouble last month because of its heavy reliance on short-term money markets for funding. Its subsequent profit warning and appeal to the Bank of England for an emergency loan led to the first run on a British bank for almost a century.

The rush was only stemmed days later when the government stepped in to guarantee deposits of Northern Rock savers.

Analysts said an inspection of the Bank of England's accounts showed that Northern Rock's borrowing is likely to have exceeded 20 billion pounds (US$41.1 billion; 28.7 billion EUR). That figure appears in the "other assets" category of the central bank's accounts, which includes any funds the bank issues as "lender of last resort."

"As well as losing wholesale funding, Northern Rock has suffered a larger withdrawal by retail customers than the guesses of several billion pounds circulating in the market," said Simon Ward, an economist at investment management firm New Star.

British Treasury chief Alistair Darling has warned Northern Rock that it has only "a matter of weeks and months" to sort out its future.

The existing loan facility from the central bank comes to an end in February, and while Darling said that was not a "drop dead date" for the bank, he told lawmakers on Thursday that it could not carry on indefinitely.

The mortgage lender effectively has three months to agree to a deal with a buyer, during with the government will allow the bank to draw credit against all its assets.

Northern Rock is still also in discussions with a consortium led by Virgin Group, which submitted a nonbinding indication of interest to the bank earlier this month.

Virgin proposed an equity injection that would see the struggling mortgage lender kept intact and rebranded as Virgin Money.

Analysts said a private equity bid would require bank backing for ongoing balance-sheet funding for Northern Rock, and the price paid for the equity will be mainly contingent on this funding cost.

Flowers has the advantage of 3 billion EUR(US$4.28 billion) it is due to receive from the sale of Dutch merchant bank NIBC Holding NV to Iceland's Kaupthing Bank, which is expected to close by the end of December.

However, Flowers is also still embroiled in attempting to back out of a deal to buy U.S. student lender Sallie Mae for US$25 billion (17.5 billion EUR). Sallie Mae, formally known as SLM Corp., sued an investor group headed by Flowers to force them to complete the deal at the original price or pay a US$900 million (630 million EUR) breakup fee, and the dispute is currently before a court in the United States.