Crude oil prices rose in Asia Friday - climbing above US$91 a barrel at one point - on renewed concerns about oil supplies and news that OPEC won't further increase output. 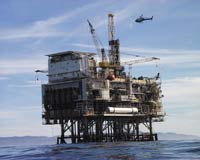 Prices were also lifted on news that Lebanese troops had fired on Israeli warplanes Thursday. A conflict between Israel and Lebanon would not directly affect oil supplies, but traders worry any hostilities in the Middle East would draw in oil producers such as Saudi Arabia and Iran.

Light, sweet crude for December delivery rose 34 cents to US$90.80 a barrel in electronic trade on the New York Mercantile Exchange by midmorning in Singapore. It also posted a new trading record of US$91.10 during Asian trading.

The Nymex crude contract jumped US$3.36 to settle at US$90.46 a barrel Thursday in the U.S., closing above US$90 a barrel for the first time.

Organization of Petroleum Exporting Countries Secretary General Abdalla el-Badri told The Wall Street Journal Asia on Thursday that the cartel is not in discussions to boost production by 500,000 barrels. The comments counter rumors that Saudi Arabia is pushing for another production increase after pressuring the group into one of similar size that goes into effect Nov. 1.

Energy traders also remain concerned that a threatened incursion by Turkish armed forces into Iraq in search of Kurdish rebels would cut oil supplies out of northern Iraq.

The combination of supply worries and geopolitical concerns has pushed crude oil prices up more than 6 percent since Tuesday.

That report reversed a three-day downward price trend, and put energy traders back in a bullish mood, analysts said.

December Brent crude rose 54 cents to US$88.02 a barrel on the ICE futures exchange in London.