Microsoft yields on royalties to obey part of antitrust order 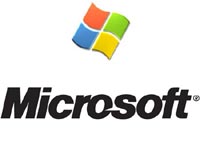 Microsoft yields on royalties to obey part of antitrust order

Microsoft Corp. will cut royalties for server software rivals and hand information over to open source developers to obey key parts of a 2004 antitrust ruling upheld by an appeals court last month.

EU Competition Commissioner Neelie Kroes said she reached the deal in a phone call with Microsoft CEO Steve Ballmer in the early hours of the morning, and hoped that "this dark chapter" was now behind them.

"As of today, the major issues concerning compliance have been resolved," Kroes said, but cautioned that Microsoft was not completely in the clear because it has ongoing obligations, and the company "should bear this in mind."

Kroes said she was sad that it took so long before Microsoft obeyed, years when consumers suffered through lack of choice as rivals were held back from developing better software.

"It is a victory day for the consumer ... not the Commission," she said.

If the software maker does not keep to the terms of the deal, competitors will be able to take the company to a British court to seek damages.

Microsoft has agreed to three substantial changes, according to the European Commission.

The company will now charge a one-time fee of EUR10,000 (US$14,310) to companies that want "complete and accurate" technical information to help them make software compatible with Microsoft's Windows desktop operating system.

It will also allow that data to go to open source companies such as Linux, and will cut the price it charges for worldwide licenses - including patents - to less than 7 percent of what Microsoft originally claimed.

"The agreements will be enforceable before the High Court in London, and will provide for effective remedies, including damages, for third-party developers in the event that Microsoft breaches those agreements," the Commission said.

The EU's executive arm said it will soon decide if the software maker violated EU law by overcharging for this interoperability information. It accused the company of going too far too far and threatened fines.

Regulators warned that Microsoft had "ongoing obligations to continue to comply" with the 2004 ruling that found it guilty of monopoly abuse, ordering it to share information with rivals, market a version of Windows without a media player and pay a fine of EUR497 million (US$613 million).

Microsoft challenged that decision, losing its appeal at the EU Court of First Instance on Sept. 17. It can appeal that ruling to the EU's highest court.

"The measures that the Commission has insisted upon will benefit computer users by bringing competition and innovation back to the server market," she said. "I have always said that open source software developers must be able to take advantage of this remedy: Now they can."

Microsoft controls some 95 percent of the software running on desktop computers in offices and homes and has a 70 percent chunk of work group server software that control how a group desktops access each others and transfer tasks to printers.

Open source server software is now "virtually the only alternative for users and are thus the main surviving competitive constraint on Microsoft," the EU said - and handing over the technical information on Windows should offer consumers better products at better prices.