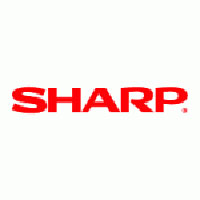 Osaka-based Sharp, known for its Aquos brand of flat-panel liquid crystal display TVs, said in a statement it expects group net profit of 43 billion yen (US$337.19 million; EUR236 million) for the April-September period, down from 46.5 billion yen a year ago.

Still, the company left its profit outlook for the full fiscal year unchanged at 1.64 trillion yen (US$25.49 billion; EUR17.84 billion), up from 1.47 trillion yen the previous year.

Sharp blamed the decline in earnings for the six-month period to costs associated with starting up liquid crystal display TV plants outside of Japan and higher costs of raw materials used in solar cells.

The company also said that additional depreciation of assets related to changes in tax laws would also contribute to the decline.

Sharp, the world's third biggest LCD TV maker in terms of revenue in 2006, is due to report its first half earnings Thursday.

Last month, Sharp and Pioneer Corp. announced a capital and operations tie-up in a deal aimed at cutting development costs through joint projects and technology sharing.