The sales of Nestle SA, the world's biggest food and drink company, for the first nine months of this year rose 9 percent. Srong growth from milk and ice cream, mineral waters, confectionary and pet care products assists boost of sale. 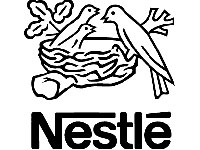 Sales came to 78.7 billion Swiss francs (US$66.6 billion; €47 billion), up from 72.2 billion francs in the same period last year. That was slightly above analysts' expectations for an increase of 8.6 percent.

Nestle, which last month nominated Paul Bulcke, the head of its business in the Americas, last month to take over as its next chief executive, reports profit figures only for the half year and full year.

It also did not break out third-quarter sales, but Dow Jones Newswires calculated that they rose 10 percent to 27.6 billion francs (US$23.4 billion; €16.5 billion) for the three months ending Sept. 30 compared with 25.1 billion francs in the same period of 2006.

Organic growth, or growth in the company without acquisitions, for the January to September period was 7.2 percent, Nestle said. The strong figures allowed the company to offset rising raw material costs with price increases, it said.

"In spite of increasing input cost pressures, I remain confident that Nestle will achieve above-target organic growth and a sustainable margin improvement for 2007 as a whole," said Chairman and Chief Executive Officer Peter Brabeck-Letmathe.

The beverage unit, which includes brands such as Nespresso coffee, posted a 10 percent rise in organic growth. The prepared dishes division posted 3.8 percent growth, while milk and ice cream, mineral waters, confectionary and pet care all grew by more than 5 percent.

"Thanks to excellent organic growth of 7.2 percent, Nestle could slightly beat the high expectations," the Zuercher Kantonalbank said.

Danone, the French maker of Dannon yogurt and Evian water, said Wednesday that revenue for the first nine months increased 4.4 percent to €11.24 billion (US$15.9 billion), thanks to the strength of its fresh dairy products division. Its performance was hurt by a weak beverage business, a dispute with its Chinese partner and poor summer weather in northern Europe.

The company announced another round of management changes Thursday. Chief Financial Officer Paul Polman, who was a top candidate for the CEO post alongside Bulcke, has been appointed the head of Nestle's North and South American business, the company said.

Jim Singh, who heads the company's acquisitions and business development unit, has been named chief financial officer starting next year.

If approved at the annual general meeting April 10, Bulcke would take over as CEO from Peter Brabeck-Letmathe, who will remain chairman of the board.