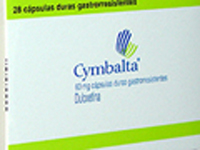 Eli Lilly & Co. announced Thursday that its third-quarter earnings rose percent, thanks to strong sales of drugs such as its Cymbalta depression treatment. The company raised its outlook for the year.

Adjusted net income rose 20 percent to $996.4 million (EUR701.7 million), or 91 cents per share, compared with $832 million, or 77 cents per share, during the same period last year. The company said it had charges of 6 cents per share in the quarter for a reduction in expected insurance recoveries.

Analysts expected net income of 87 cents per share on sales of $4.53 billion (EUR3.19 billion), according to a Thomson Financial poll.

Lilly raised its fourth-quarter adjusted earnings guidance to 86 cents to 91 cents per share, excluding a 3-cents-per-share charge for research and development expenses related to a licensing agreement.