Construction of new U.S. homes fell to the lowest level in 14 years in September as turmoil in credit markets intensified the problems in the housing industry. Consumer prices, meanwhile, rose at the fastest pace in four months, reflecting higher energy and food costs. 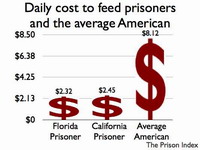 The Commerce Department reported Wednesday that construction of new homes fell 10.2 percent in September to a seasonally adjusted annual rate of 1.191 million units. The decline was more than double the 4.2 percent drop that analysts had been expecting and it pushed activity down to the lowest level since March 1993.

Meanwhile, the Labor Department reported that consumer prices rose by 0.3 percent in September, slightly more than the 0.2 percent that analysts had been expecting as energy prices rose after three straight declines and food costs shot up at the fastest pace since June.

Core inflation, excluding energy and food, remained tame, however, rising by 0.2 percent, in line with expectations.

Analysts said the bigger-than-expected drop in housing construction could be signaling that the housing downturn, already the worst in 16 years, may be headed for bigger troubles. Housing activity is now 30.8 percent below the level of a year ago.

Asked whether the housing slump could push the country into a recession, President George W. Bush told a news conference that "I feel good about many of the economic indicators" and said his administration was working to help homeowners deal with rising mortgage delinquencies. "When you got more houses than you got buyers, the price tends to go down. And we're going to have to work through the issue," Bush said.

But private economists were not as certain that the steep housing slump will not cause a recession.

"The contraction in housing is transitioning from an average downturn to among the worst in the post-World War II history," said Michael Gregory, an economist with BMO Capital Markets.

On Wall Street, the Dow Jones industrial average fell 20.40 points to close at 13,892.54 as investors worried that rising oil prices - a barrel of crude momentarily touched a fresh high of $89 - might spark more inflation problems.

After a five-year boom in which housing sales climbed to record highs, demand for both new and existing homes fell last year and prices, which had been soaring at double-digit rates, have been stagnant.

The slump has intensified in recent months as mortgage lenders have tightened standards for giving loans in response to soaring defaults. The higher defaults and the inability of prospective buyers to qualify for mortgages have contributed to record high levels of unsold new and existing homes.

Both Federal Reserve Chairman Ben Bernanke and Treasury Secretary Henry Paulson warned this week that the housing downturn was likely to persist longer than had been expected.

In its latest look at business conditions around the country, the Federal Reserve said that economic growth slowed in the early fall as the troubles in the housing and credit markets weighed on businesses and consumers.

"Contacts in a number of industries indicated a higher-than-usual degree of uncertainty," the Fed said in a report that will form the basis for discussion when policymakers meet on Oct. 30-31 to decide whether to cut interest rates further.

Many economists expect housing will trim growth by more than a full percentage point in the current quarter, but they believe the country will avoid an outright downturn because the Fed, which cut rates for the first time in four years in September, will cut rates again should further weakness develop.

The National Association of Homebuilders reported this week that its index of builder confidence fell to an all-time low in October.

"Builders are in a panic mode and are trying to catch up with a rapidly falling market," said Mark Zandi, chief economist at Moody's Economy.com.

The government report showed that applications for building permits, considered a good sign for future activity, fell sharply in September, dropping by 7.3 percent to 1.226 million units, also the weakest pace in 14 years.

The 0.3 percent increase in consumer prices in September was the largest rise since a 0.7 percent surge last May. Energy costs were up 0.3 percent, while food costs jumped by 0.5 percent.

Analysts expect energy prices to rise even further in the months ahead, reflecting the fact that oil prices have been trading at record highs this week.