The world's largest maker of hard drives, Seagate Technology, made a stronger-than-expected profit for its fiscal first quarter, as demand drove sales up 18 percent. 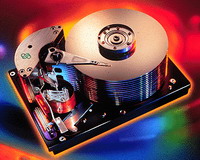 Analysts surveyed by Thomson Financial were expecting a profit of 64 cents per share on revenue of $3.22 billion (2.28 billion EUR).

In August, Seagate raised its outlook for the first quarter, due to favorable supply and demand conditions and a better product mix, forecasting profit of 57 cents to 61 cents per share on revenue of $3.15 billion (2.23 billion EUR) to $3.25 billion (2.3 billion EUR).

The company reported disc drive unit shipments of 47 million in the quarter.