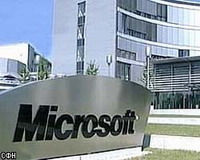 The new programs build on server and desktop software Microsoft introduced in 2005 that wove both instant messaging and indicators of "presence" - when a user is online, busy or logged off - into other communications programs in the Office suite.

The latest versions of Office Communications Server 2007 and Office Communicator 2007 add voice calling and video conferencing. Computer users looking at an e-mail in Outlook can see whether the sender and other recipients are online and available to talk. With one click, a user can invite the whole group to an IM chat, a call or a video conference.

Communicator, a desktop application, also shows users whether their contacts are online, much as an IM buddy list does. Users also can see their contacts' presence on Windows smart phones and new desk and speakerphones that plug into Ethernet jacks or PCs.

Based on whether someone is on the phone or has a meeting scheduled in Outlook, for example, their presence suggests to colleagues whether to call, e-mail or IM.

The changes are "as profound as the shift from typewriters to word processing software," said Bill Gates, Microsoft's chairman, at a launch event Tuesday in San Francisco.

Until recently, corporate telephone networks were separate from networks connecting office PCs to the Internet.

"Everybody at this point gets it," said Gartner research analyst Bernard Elliot. "These people have come into it from different backgrounds, but they really all have a common vision that you could bring it together."

On the one hand, Microsoft continues to forge partnerships with telephone system providers like Nortel Networks Corp. and Avaya Inc., and has said it will work with Cisco Systems Inc., which has a "unified communications" solution of its own.

But executives also said Tuesday that they expect business customers to eventually give up their traditional PBX office phone systems.

"Three, five years down the road, (companies will) go completely towards a software-based (solution) from Microsoft rather than buying a PBX," said Jeff Raikes, president of Microsoft's business division.

Microsoft contends its unified communications set-up will save companies money on telephone hardware and maintenance and cut employee travel expenses.

Phone system providers do not necessarily see the future in the same way. In an interview, Louis D'Ambrosio, Avaya's chief executive officer, said Microsoft remains a partner and its programs don't compete directly with software that Avaya is developing. While customers may install Microsoft's programs, he said, they will also continue to buy infrastructure from Avaya and use it for sophisticated conferencing and other phone features.

Analysts say Microsoft's solution has the potential to be a real player in this next generation of office communications.

Microsoft "is a real challenger," said Forrester research analyst Henry Dewing. Companies including Cisco and Avaya have their own efforts on the desktop, but he said Microsoft, whose software already runs most of the world's personal computers, is changing how people communicate faster than efforts by other vendors.

"People pick up the telephone, they expect to hear dial tone," Dewing said.

The Internet and corporate servers don't always work. Casual home users may be willing to accept a scratchy Skype connection, but business users are not. And he said Microsoft's system will have to prove it can handle the same call volume at the same quality.