Ben Bernanke, Federal Reserve Chairman, called the slumping housing market a "significant drag" on the economy. After that Wall Street sank for the second straight session. 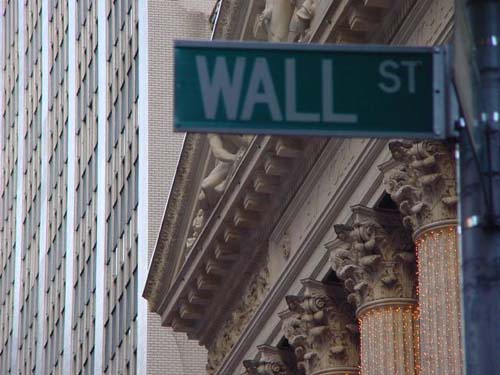 Bernanke's speech at the New York Economic Club elevated concerns that the summer credit crisis might persist into the winter - a sobering thought for investors, who are sifting through mixed third-quarter earnings and watching energy costs rise.

He added: "Of particular concern were the comments by Bernanke. That sort of injected a fairly high level of uncertainty into the economic and earnings outlook. That comes at a time when earnings results are not particularly exciting - in fact, are dismal."

The stock market had its biggest drop in more than five weeks Monday after Citigroup Inc. reported a steep third-quarter profit drop and announced plans with a consortium of banks to set up a fund to help bail out the credit markets.

Then on Tuesday, Wells Fargo & Co. shares fell more than 3 percent after the bank said its third-quarter earnings increased less than analysts anticipated and that it boosted loan loss reserves in anticipation of further problems in consumer credit. KeyCorp shares also declined more than 3 percent after the Midwest regional bank posted a 33 percent drop in third-quarter profit.

Most other financial and housing-related stocks fell, as did retailers. One of the few gainers in the financial sector was Bear Stearns Cos., after China Citic Bank expressed interest in buying a stake in the U.S. brokerage.

Treasury bond prices rose, pushing down the yield on the 10-year Treasury note to 4.65 percent from 4.68 percent at Monday's close. Bond prices and yields move in opposite directions. The dollar rose against most currencies, and gold prices slipped.

Bernanke said in his speech that the deepening housing slump probably will be a drag on economic growth. Still, he again pledged to "act as needed" to help financial markets that were sent reeling this summer, and said inflation remains in check. That could be a key factor for policymakers when deciding whether to cut interest rates at their Oct. 30-31 meeting.

But while core inflation - which excludes volatile food and energy prices - is mild, oil prices are pushing further into record territory.

Despite expectations of higher inventories in the weekly U.S. supply report released on Wednesday, a barrel of light, sweet crude rose $1 to $87.13 on the New York Mercantile Exchange.

Investors will get another reading on the housing market later Tuesday with the National Association of Home Builders/Wells Fargo housing market index for October. The report is expected to show a decline.