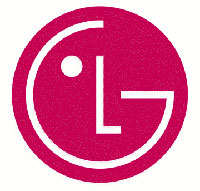 The result was better than expected. The average estimate of nine analysts surveyed by Dow Jones Newswires forecast that the company would post a net profit of 318.1 billion won (US$346.8 million; EUR244.1 million).

On a consolidated basis that includes the company's global operations, LG Electronics' sales did better, rising 11.8 percent from a year ago to 9.91 trillion won ($US10.8 billion; EUR7.61 billion), the company said in a separate release.

Profitability was helped by an equity method gain of 206 billion won (US$224.6 million; EUR158.1 million) from its 37.9 percent stake in LG.Philips, the world's second-largest maker of liquid crystal displays.

LG.Philips last week recorded its best quarterly profit in more than three years and swung from a loss during the same period the year before on strong sales and higher prices for its flat panels.

LG, which does not release a consolidated net profit figure, said operating profit on that basis rose marginally to 362 billion won ($US394.7 million; EUR277.8 million).

On a global basis, LG said its sales of handsets rose to a quarterly record of 21.9 million units on increases in Latin America, Asia and the Middle East.

Shares in LG Electronics, which released earnings about an hour before the stock market closed, fell 3.3 percent to close at 87,900 won US$96; EUR67).