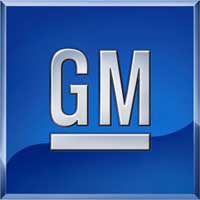 General Motors Corp. is tasting some success recently in India after fruitless attempts to gain a foothold in the country for years.

In the past six months, the U.S. automaker sold nearly 2 1/2 times the number of cars it sold in India in the same period last year, even as overall demand for new cars were hit by a sharp rise in interest rates.

The numbers underscore GM's growing success in one of the world's fastest growing car markets, even though its sales in India - totaling about 21,000 vehicles in the April-September period EUR -fall far short of the 293,000 units that market leader Maruti Suzuki sold during the same span.

The gains came on the back of two new models the company introduced earlier this year - the low-cost Chevrolet Spark, which is proving popular among women, and the Chevrolet Aveo U-VA, a premium hatchback.

"Finally, we are getting our products right, our prices right. And we have become more customer-friendly," said P. Balendran, vice president at General Motors India Ltd. "We have never had a performance like this since GM came to India in 1996."

The company has expanded its dealer network, set up more service centers and is offering longer warranties, he said.

New models do not always help a company ramp up sales. This time around, GM has been able to position its models at the right places and has priced them better than competitors, said V.G. Ramakrishnan, director of automotive services at consulting firm Frost & Sullivan.

The Spark, a rounded mini-car with a roomy interior, makes a compelling buy for first-time buyers wanting to upgrade from a motorcycle or people looking to own a second car, he said.

"It has got good looks, somewhat cute and appeals to young people, especially women," Ramakrishnan said.

Cars were long considered a luxury in India, until it abandoned its socialist-style economy and opened its market to foreign auto makers in the early 1990s. Almost all major car manufacturers have since set up factories here, but Japanese and Korean brands are most visible on the Indian roads that are dominated by small cars.

Companies like General Motors and Ford failed to penetrate because they largely focused on midsize sedan segment, which meant they operated much smaller dealer network catering to a smaller group of generally wealthier customers.

But now GM seems to be learning from its past experience and is focusing on smaller, less expensive cars.

Monthly sales of Spark have averaged about 2,000 units since it was introduced in late April. That isarobust number considering sales from all of GM's models here averaged about 1,500 units a month in the same period last year.

The potential demand for new cars is huge in India, where half of the population is below the age of 25, and the market here is important for GM as it strives to break into new markets as its U.S. business struggles.

The latest upturn in GM's sales comes even as India's auto market appears to be going through a mild slump that analyst attribute to a sharp rise in lending rates following monetary tightening by the country's central bank. Currently, car finance rates are about 4 percentage points higher than last year.

Data released by the Society of Indian Automobiles Manufacturers earlier this week showed growth in car sales between April and September slowed to 13 percent from 23 percent in the same period a year ago.

But at Hyundai Motor Ltd., the second-largest car maker in India, sales were nearly flat, while Tata Motors - the third-biggest - saw its sales drop 2 percent from a year earlier. Ford and Honda Motor Co., the other major players in the Indian market, also registered lower sales.

While GM's Spark was an instant hit, the Aveo U-VA has taken longer to draw customers away from Maruti Suzuki's Swift and Hyundai's Getz, the most popular models in the premium hatchback segment.

GM aims to increase its share in the Indian market to 10 percent by 2010, and Balendran said the success of Spark and Aveo U-VA "demonstrates we are on course to meet that target."

GM has already expanded capacity at its plant in western India from 60,000 units to 85,000 units a year and is setting up another factory in same region that will make 140,000 cars annually. The second factory is expected to start production by end of next year, Balendran said.

Analysts said they expect the current momentum in GM's sales to continue through this fiscal year ending March 2008, but sustaining it further would require the company to bring more models.

Unlike this year, when there were only a couple of new models besides that of GM's, there will be a rush of new cars going into next year.

Hyundai is already aiming to bring a new compact by December and Czech company Skoda Auto is expected to introduce the Fabia next year. Volkswagen plans to roll out a small car here by 2009. Ford and Toyota Motor Corp. have said they are also exploring compacts for the Indian market.

Homegrown Tata Motors said it would introduce a series of new models starting next year, in collaboration with Italian partner Fiat. Tata also plans to start producing an ultracheap mini car that would cost about 100,000 rupees (US$2,500).

"The real test for GM will come when all these new models flood the market," Ramakrishnan said.