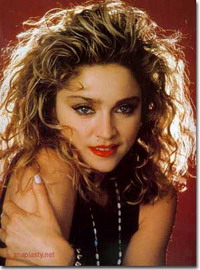 The core benefit to Live Nation of the $120 million (84.5 million EUR) recording and touring contract with the pop superstar is the opportunity to tap into concert, recording, merchandising and other lucrative revenue streams. But don't discount the role that ticket fees play.

Ticket buyers may be annoyed by the $5 (3.5 EUR) or more in convenience and delivery fees tacked on to every ticket ordered online or over the phone, but they have proven to be a gold mine for Ticketmaster, a unit of IAC/InterActiveCorp.

Live Nation, whose 160 venues include House of Blues and Fillmore locations, Nikon at Jones Beach in New York and London's Wembley Arena, currently is Ticketmaster's largest single generator of ticketing fees. But Live Nation has signaled it wants to bring the fee revenue in-house when its Ticketmaster contract expires in 2008 for most of its locations and in 2009 at the House of Blues venues.

Live Nation Chief Executive Michael Rapino has made no secret of his desire to use the company's relationships with artists to get into related businesses. He had talked about selling T-shirts, parking passes, VIP party passes, secondary tickets and DVDs as well as broadcasting shows live. And gaining direct access to fans through ticket sales is seen as a crucial building block to collecting other profit related to the event.

Rapino said Live Nation owes its window of opportunity to the rise of the live show as a profit driver - instead of the records and CD sales as in previous years. "Thankfully for our business, the center of that pie has really become the live show now," he said in September at a Goldman Sachs conference.

The possibility of having Live Nation as a competitor drew a competitive response from Diller, chairman and chief executive of IAC, whose holdings also include the HSN home shopping network as well as Internet businesses including LendingTree, Citysearch, Evite, Match.com and the Ask.com search engine.

"We've invested hundreds of millions of dollars in our infrastructure. Let someone else make these investments and get into ticketing," Diller said at a New York conference in September. "It'll be good for us and interesting for them."

About 22 percent of all event tickets are now sold online and they are expected to generate sales of $4.9 billion (3.4 billion EUR) this year, according to Jupiter Research retail analyst Patti Freeman Evans.

But a greater number of sellers will not automatically translate into lower prices or fewer fees for customers, she said. That is because tickets are not wholly commoditized, and sellers who tack on bonuses like limousine rides, dinner or other goodies are aiming to capture a segment of the market from customers willing to pay more, Freeman Evans said.

Among the top shareholders of Live Nation is L. Lowry Mays, founder of Clear Channel Communications and its CEO for 30 years until 2004. Mays owns 5.4 percent of the company, according to Capital IQ, a unit of Standard & Poor's.

For its part, Ticketmaster has made its own moves to get closer to the fans. It has bought fan management Web site Echo Music and music sharing Web site iLike.com, as well as artist management company Front Line, which includes in its portfolio the Eagles, Christina Aguilera, Aerosmith, Jimmy Buffett and Paris Hilton the singer.

"There's a whole host of things we've been engaged in and organizing and thinking about for the past year," Diller said last month.

Madonna's management told Warner Music last week that the 49-year-old pop singer would accept Live Nation's offer after the record company refused to match the deal, a person familiar with the confidential contract negotiations told The Associated Press on Wednesday.

Under the proposed deal, Madonna would get a signing bonus of about $18 million (12.6 million EUR), an advance of about $17 million (11.9 million EUR) for each of three albums, stock, and an agreement for Live Nation to exclusively promote her tours.

To try to fend off the Live Nation deal, Warner pursued a partnership with Ticketmaster that would have enabled the record company to offer a spectrum of touring services to Madonna, the person said.

Diller is no stranger to the world of Hollywood. He is credited with the creation of Fox Broadcasting Company and the network's motion picture operations. He also spent a decade as head of Paramount Pictures Corp., as well as working at ABC Entertainment.

Meanwhile, the rise of a secondary market for tickets has brought new players to the industry, including eBay subsidiary StubHub and Tickets.com, which is owned by Major League Baseball's Advanced Media LP.

StubHub is on track to sell its 10 millionth ticket in a matter of days, spokesman Sean Pate said. This year alone, it should sell more tickets than the total of all tickets sold in the years since it was founded in 2000. Last year, its biggest yet, StubHub sold 3.3 million tickets. In February it was bought by eBay.

As a reseller, StubHub and others are taking over what used to only be done by scalpers on the street.

Ticketmaster, which sells tickets for promoters, sports teams and venue owners, is less free to pursue the secondary market since any reselling activity should not infringe on the profit-seeking of its clients, whose main goal is to accurately price tickets the first time around in order to maximize profit.