EU Telecoms is sure that the European Commission will back a controversial proposal to split telecoms giants that use their infrastructure advantage to stifle competition. 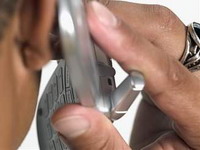 Reding is promoting plans to allow national regulators in EU countries to break up the network and services parts of telecoms companies when markets are not considered open.

The plan, which has been publicly criticized by other commissioners, could be part of new EU telecoms rules due to be announced by the bloc's executive on Nov. 13.

"I am very confident that on Nov. 13 the commission will decide (to propose) functional separation as a remedy to be utilized by the independent regulators," Reding said in Athens.

She said separation had been successful in Britain and that other regulatory authorities - including those in Italy, Ireland and Sweden - were considering similar action.