The president and chief executive of AT&T Inc.'s mobile phone business, Stan Sigman, is retiring after 42 years with the company. 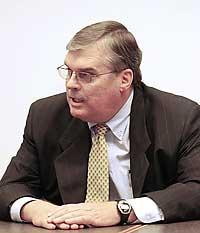 AT&T's wireless unit, which was rebranded from Cingular Wireless earlier this year, is the United States' largest wireless provider.

Ralph de la Vega will replace Sigman, effective immediately, though Sigman will assist with the transition through the end of the year, AT&T said.

De la Vega, who is being promoted from group president of the regional telecom and entertainment unit, previously served as the chief operating officer for the wireless business from 2004 to 2006.