International division and a tax benefit have had an influence upon the huge beverage and snack foods maker, PepsiCo Inc. Its third-quarter profit rose 17 percent. 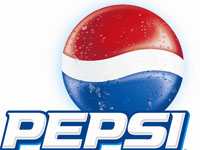 Analysts polled by Thomson Financial had predicted earnings of 96 cents per share on revenue of $9.91 billion (€7.01 billion).

While that was higher than Wall Street's estimate, its shares fell 65 cents to $72.95 in morning trading Thursday after rising as high as $74.10 earlier in the session.

In addition to Pepsi beverages and Frito-Lay snacks, the company owns Gatorade and Tropicana drinks and the Quaker foods business. PepsiCo is the second biggest soft drink company after The Coca-Cola Co. in Atlanta.

The company reiterated its full-year earnings per share forecast of at least $3.35.

Analysts have closely watched for a recovery in Gatorade sales, but were disappointed by modest declines in the quarter.

"All of the Company's operating divisions successfully navigated through an environment of higher input costs," Chief Executive Indra Nooyi said in a statement. "Our third-quarter performance was very strong."