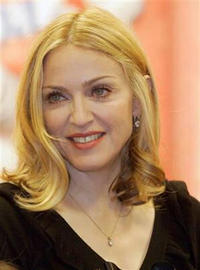 The pop superstar's management informed Warner last week that she would accept Live Nation's offer after the record company refused to match the deal, said the person, who spoke Wednesday on condition of anonymity because of the confidential nature of the matter.

Madonna could also benefit significantly from the touring component of the deal, which gives Live Nation the exclusive right to promote her tours, the person said.

In a bid to compete with the Live Nation offer, Warner pursued a possible partnership with ticket retailer Ticketmaster, a unit of IAC/InterActiveCorp, that would have enabled the record company to offer a spectrum of touring services to Madonna, the person said.

Warner Music and Live Nation declined to comment. A call to Madonna's publicist was not immediately returned.

The proposed 10-year agreement would give Live Nation the rights to sell Madonna merchandise and license her name, and any revenue from such products would be split between the singer and the company, The Wall Street Journal reported, citing unnamed people familiar with the deal.