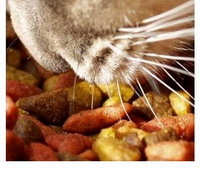 The largest maker of wet cat and dog food in North America said Wednesday the volume of customer returns and associated costs are greater than originally anticipated.

More than 150 brands of pet food were recalled last spring because Chinese vegetable proteins were contaminated with melamine, an industrial chemical. The contamination caused the deaths of an unknown number of dogs and cats.

"What happened to Menu Foods and the pet food industry six months ago is unprecedented, and today's announcements about right-sizing and restructuring our business are part of the impact from the largest pet food recall the industry has seen," Menu Foods said in a statement.

"We were saddened to have to announce the steps taken today to reduce our workforce among other changes."

The company said its CEO has reduced his compensation by 22 percent, "with the objective of 'sharing the pain."'

Other senior executives and board members will take pay cuts of 17 percent to 20 percent.

The company said it will book restructuring charges of just over 25 million Canadian dollars (US$25.4 million; 17.96 million EUR).

Menu Foods also said it has completed the sale of its plant in North Sioux City, South Dakota, which provided 16 percent of last year's production. The proceeds of the sale to Mars Inc. will be used to repay secured lenders.

In addition to the job cuts, the restructuring charges involve write-offs of inventory, a customer relationship, receivables and idle assets.

The company also faces dozens of lawsuits and analysts have said sales at Menu Foods are unlikely to normalize until mid-2008.