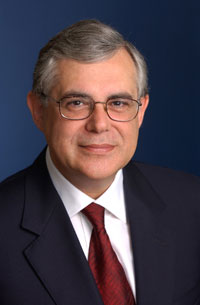 "The Greek economy, supported by strong demand both inside and outside the country, continues to develop in 2007 at a high level," Nicholas  said, adding that the economy would outperform the European Union as a whole for the 12th year running.

Garganas foresees growth of 4 percent this year, down from last year's 4.3 percent, due partly to a slowdown in housing construction.

He said the country's current account deficit had reached 14 percent - up from an "already very high level" of 12.1 percent last year - due to brisk growth, higher interest payments and a growing trade deficit. Overall investment levels remain high at about 8 percent.

Garganas, who sits on the European Central Bank's board of governors, made the comments during a news conference on the central bank's semiannual report on monetary conditions in Greece.

He also said that problems outside the EU and the 13-nation eurozone, notably in the US subprime mortgage market, would have limited impact on the Greek economy.

However, he urged the government and social partners to tackle structural problems, notably by unifying pensions schemes, cutting down on early retirement and reducing youth unemployment.

"As a society, we are living above our means," Garganas said. "The people are eating the money available for tomorrow ... we must address this problem."