Indian cars go down in prices

India sees the decline of car sales. The rise in prises  accounts 13 percent in the April-September period, compared with 23 percent growth in the same period last year. 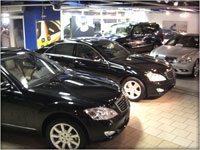 Indian cars go down in prices

The slowdown was caused by a sharp rise in the interest rates over the past year, which pushed up ownership costs and left fewer buyers in the market.

Sales in Asia's third-largest automobile market rose to 569,621 units in the past six months from 503,376 in the same period a year earlier, the Society of Indian Automobile Manufacturers said.

The numbers don't augur well for global auto makers, which are looking to expand in India on hopes that it would continue to be the world's fastest growing car market.

Companies that offered huge discounts or brought new models managed to ride over the slump, while others saw their sales decline from a year ago.

Maruti Suzuki Ltd., India's largest car maker with around half the market, reported 18 percent growth during the April-September. Car sales for Hyundai Motor Ltd., the No. 2 in India, were nearly flat, while Tata Motors saw its car sales decline from a year ago.

Companies like Honda Motor and Ford, present in the sedan segment, saw their sales for the April-September period drop from a year earlier.

Maruti managed to avoid the slump by offering huge discounts and introducing two new models - the Swift, a compact hatchback, and the SX4 sedan - both of which have done well.

The only company that did better than Maruti in boosting sales growth was General Motors.

The U.S. automaker sold 20,695 cars in the past six months, up 140 percent from a year earlier. The increase was attributed to two compact hatchbacks - the low-cost Spark and the premium Aveo U-VA - introduced to India earlier this year.