Investor lawsuits in the Enron scandal and other corporate wrongdoing hinge on a case before the U.S. Supreme Court that poses this question: Can banks, lawyers, accountants and suppliers be held liable for scheming with publicly held companies that deceive their stockholders? 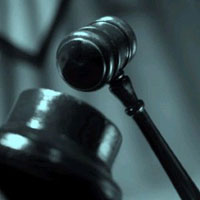 The justices were to hear arguments Tuesday in the securities fraud case investors brought against Motorola Inc. and Scientific-Atlanta Inc. over their deals with one of the largest cable TV providers in the country, Charter Communications, Inc.

The case of Stoneridge Investment Partners LLC v. Scientific-Atlanta and Motorola has its origins in the late 1990s, when Charter and other companies spent billions upgrading their networks for cable TV and Internet service, an undertaking that cut into their earnings.

The question now is whether Motorola and Scientific-Atlanta, which is now owned by Cisco Systems Inc., can be sued for their role.

In the transactions that Charter persuaded Motorola and Scientific-Atlanta to engage in, the two suppliers bought advertising that was bankrolled with money from Charter, which paid a $20 premium on each of hundreds of thousands of cable TV set-top boxes, for a total of $17 million.

The amount of the overpayments equaled the amount the two suppliers paid for the advertising.

Charter reported the advertising payments as revenue, a step that helped Charter paint a rosy financial picture for the fourth quarter of 2000, a move designed to artificially inflate the price of the stock.

Charter gave no indication to the investing public that the deals had occurred because Charter simply lumped in the $17 million with Charter's quarterly totals.

In the lawsuit brought by Charter's investors, Scientific-Atlanta and Motorola prevailed in the lower courts. The government took no action against anyone from the two firms regarding the deals with Charter.

Motorola and Scientific-Atlanta argue in papers before the Supreme Court that they should not be held liable in a lawsuit for engaging in conduct that the 8th U.S. Circuit Court of Appeals said at most amounted to an investors' claim of aiding and abetting fraud by Charter's executives.

The Supreme Court barred aiding and abetting claims for securities fraud 13 years ago.

Lawyers for Charter's investors argued to the Supreme Court that the two suppliers took an active part in the fraud, creating a phony paper trail to conceal the "sham" nature of what they were doing.