Ford Motor Co to cut its US hourly work force

Ford Motor Co. announced further cuts in its U.S. hourly work force when it officially returns to the bargaining table with the United Auto Workers. 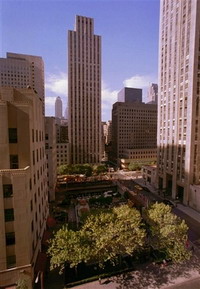 Ford Motor Co to cut its US hourly work force

The two officials, who did not want to be identified because the talks are private, said Ford likely would seek another round of early retirement and buyout offers to get the cuts. The reduction would be in addition to the 27,000 hourly workers who left the company under similar programs offered last year.

Several industry analysts say it is imperative for Ford to close more factories and further reduce its work force.

"I think it's inevitable that they're going to have to accelerate buyouts or have another round," David Cole, chairman of the Center for Automotive Research in Ann Arbor, said Thursday.

Ford is struggling to reduce factory capacity to match its U.S. market share, which has dropped from around 26 percent in the early 1990s to about 15 percent for the Ford, Lincoln and Mercury brands so far this year.

The company has about 60,000 hourly workers represented by the UAW. Under a restructuring plan announced last year, Ford said it would close 16 facilities by 2012. The company has identified 10 of the closures, but has yet to announce the remaining six, of which two were to be auto assembly factories.

"They still have way too much capacity," said Laurie Harbour-Felax, an operations expert and managing director of Stout Risius Ross.

On Wednesday, Ford stopped work at its stamping plant in Maumee, Ohio, near Toledo, several months before its scheduled closure sometime in 2008. A plant that makes the newly redesigned Ford Super Duty pickup truck in Louisville, Kentucky, will shut down for two weeks starting next week because of declining sales.

Further cuts beyond those already announced could be needed if the market share continues to decline, Harbour-Felax said, although Ford said this week its retail sales had stabilized for most 2007.

If the company does not cut its factory capacity further, its financial picture could worsen, said Catherine Madden, an auto manufacturing analyst with Global Insight.

"In the end it could leave them insolvent. I think the situation remains that serious," she said. "If there's any excess in the system, it simply has to be addressed."

Ford turned a surprise $750 million (532 million EUR) profit in the second quarter of this year, but still lost $279 million (198 million EUR) in North America. The company has mortgaged its factories to set up a $23.4 billion (16.6 billion EUR) credit line to fund the restructuring and cover expected losses. It doesn't expect consistent profits until 2009.

A demand for further downsizing at Ford would be different from the UAW's tentative contract agreement with General Motors Corp., reached last week after a two-day nationwide strike. GM committed to build new products at 16 assembly plants, protecting thousands of jobs. The GM pact, however, does have a nationwide buyout and early retirement offer for up to 16,000 noncore workers, mainly those who don't build vehicles or make parts.

But it would be difficult for Ford to match the job security guarantees from GM, Cole said. With Ford and Chrysler LLC in vastly different situations than GM, both are likely to seek different contract terms than GM, deviating from the traditional UAW contract stance of settling with one company and applying the terms of that contract to the other two, he said.

Still, he said the UAW wants to see Ford and Chrysler become profitable, so it is likely to modify the agreement to suit each automaker's needs.

GM's 74,000 UAW workers are voting on the pact, with totals expected to be done Oct. 10. Early voting at some plants has seen the deal passing by a wide margin. The union has not said which company it will bargain with next, and has left open the possibility of simultaneous talks.

Chrysler, Cole said, likely will try to preserve as much cash as it can under its new ownership by Cerberus Capital Management LP. For that reason, the company may be against the linchpin of GM's agreement - a company-funded, union-run trust that will take over a roughly $50 billion (35.4 billion EUR) liability for retiree health care payments. Such a trust would require a large cash expenditure at a time when Chrysler is investing in new products and factories.

Ford Executive Chairman Bill Ford Jr. said the automaker is prepared to resume talks with the UAW. Speaking in Chicago Wednesday, he said the automaker is "still learning all the details" of the deal worked out between the UAW and General Motors Corp. last week, "but the broad framework is certainly something we can work with."