The sum of $2.9 billion (2.04 billion EUR) opened the sale of federal offshore oil and gas leases in the central Gulf of Mexico. 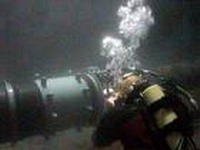 Officials said it was the second-largest such sale ever for central Gulf tracts.

Seventy-three companies were competing for the tracts. In all there were 1,428 bids on 723 tracts. The bids were opened by the U.S. Minerals Management Service, which manages the leases.

Of the tracts receiving bids, 477 were in ultra-deep water, or in depths of 800 meters or greater. Development of such leases can take hundreds of millions of dollars in investments and take years to bring into production.

Also drawing continued interest were tracts of 200 meters or less on the shallow Gulf shelf, considered prime ground for the development of natural gas deposits deep in the earth. Easy-to-reach gas was produced years ago and the leases were largely abandoned before advances in technology and high gas prices lured exploration companies back. Those tracts picked up 187 bids for Wednesday's sale.

The central Gulf sale has been generally held in March. This year's sale was delayed by a dispute last year between Louisiana Gov. Kathleen Blanco and the federal Interior Department over the state's share of offshore royalties.

In December 2006, Congress agreed to send Louisiana about $13 billion expected over the first 30 years for storm protection, flood control and coastal restoration projects.

The federal offshore region accounts for about 25 percent of the U.S.'s total crude oil production and is home to some of the biggest oil fields, according to the Energy Department's Energy Information Administration.