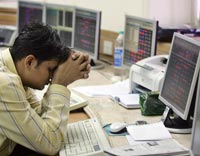 JFE is one of Japan's larger steel manufacturers, and Toshiba Plant Systems is a group company of Toshiba Corp., a massive electronics and semiconductor conglomerate.

The companies said in a joint press release the deal will allow Toshiba Plant Systems to expand its products to turbines for thermal generators of 100 megawatts and below. It will also allow JFE Holdings to expand its offerings to larger, higher-specification turbines.

Toshiba and JFE gave no financial details of their tie-up.