France's Total: no capital expenditure in Myanmar since 1998

Total SA said it had not made any capital expenditure in Myanmar since 1998 in response to comments by French President Sarkozy urging the oil and gas giant to refrain from new investment there. 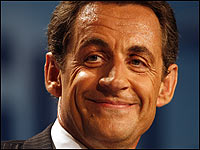 France's Total: no capital expenditure in Myanmar since 1998

The military junta that rules Myanmar this week escalated its efforts to repress pro-democracy demonstrations led by thousands of Buddhist monks.

"We have not made any capex (capital expenditure) in Myanmar for the last 10 years, actually since our Yadama natural gas project that was completed in 1998," a Total spokeswoman was quoted as saying by Dow Jones Newswires. She would not give her name, in keeping with company policy.

The spokeswoman acknowledged that the company has operational expenditures in Myanmar - where it directly employs 270 people - but declined to disclose the operational cost.

Sarkozy on Wednesday urged greater international sanctions against Myanmar and urged French businesses - including Total, France's biggest company by market capitalization and revenue - not to make new investments in the country.

Total is one of several foreign companies, including U.S. Unocal and Chinese and Indian competitors, with exploration and production activities in Myanmar, which has vast reserves of oil and natural gas.

Total has been producing 17.4 million cubic meters of natural gas per day from its Myanmar wells, according to statistics posted on the company's Web site.

Sarkozy aide Henri Guaino said foreign investments in Myanmar were essential to pressing for change, but added that the idea of asking Total to leave the country remained on the table.

"I think we could some day arrive at such extremes," he told France-Inter radio Thursday.

Speaking a day earlier, a spokeswoman for the company was quoted by Dow Jones Newswires as saying that Total had no intention of leaving Myanmar because a "forced retreat" would open the way for competitors to take its place.