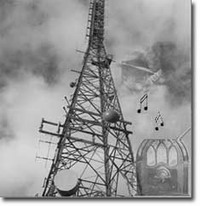 The offer from a private equity group led by Thomas H. Lee Partners LP and Bain Capital Partners LLC was first announced last November but was sweetened several times after some large shareholders signaled they would oppose earlier offers.

The shareholders meeting is scheduled for Tuesday in San Antonio, where Clear Channel is based.

The latest offer of $39.20 per share in cash or stock has appeased at least some of the big holdouts against what could become a privately owned company. Current shareholders also could end up with as much as 30 percent of the new company.

Those who choose to keep shares in the new company will be issued shares expected to trade over-the-counter, but the shares will not be listed on any major exchange, according to company filings made last month with the Securities and Exchange Commission.

The buyers will also assume $8 billion in debt.

Two-thirds of shareholders must approve the buyout, and previous offers of $37.60 and $39 per share were deemed too low by some and weren't expected to pass. Analysts have said the latest offer will likely be enough to win over the holdouts.

"It appears that all the stars have aligned," said Stanford Group analyst Frederick Moran. "We also think that the credit crunch and the shaky stock market environment over the summer causes more comfort on behalf of shareholders to approve the deal."

The offer to allow shareholders to keep part of the newly private company is an unusual concession because private equity buyers pay a premium to get total control and fewer regulatory requirements than those required of public companies.

The deal is expected to close before the end of the year. Shareholders as of Aug. 20 are allowed to vote.

Shares of Clear Channel were up 3 cents to $36.91 in afternoon trading Monday.