Computer giant Dell Inc. announced a deal Monday with China's largest electronics retailer to sell PCs in stores throughout the country as the world's second-largest computer maker tries to expand in the booming Chinese market. 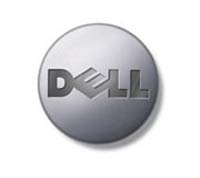 The deal is a break from Dell's strategy of selling over the Internet and phone in China, where the company lags behind competitors in consumer sales.

Sales will start in 50 Gome stores next month and expand to more stores nationwide in the first half of next year, Dell said in a statement before the start of a joint news conference.

"Our market share in China is obviously well below our global average. So we hope to be successful here and get our rightful share of the business," said Michael Tatelman, vice president of marketing and sales for Dell's global consumer business,

"We think this partnership gives us a platform to certainly expand our business here," he said.

Tatelman declined to give any sales projections.

The company says it has about 18 percent of China's PC market by revenue, and 10 percent by the number of units sold.

The plans calls for putting Dell employees in some Gome stores.

Gome has about 700 outlets in 210 cities in China. The company already sells home computer equipment from a wide range of brands, said Wang Junzhou, Gome's executive vice president, who joined Tatelman at the news conference.

Tatelman said Dell plans to continue with its Internet and phone-based sales. He declined to say which method was expected to be more profitable.