Prime minister of France pledged to balance the budget before the end of his term. 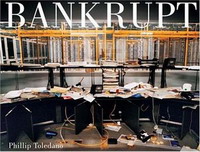 "The truth is that I am the head of a state that is in a state of bankruptcy due to its financing plan," Prime Minister Francois Fillon said in the Corsican city of Calvi. Fillon answers to President Nicolas Sarkozy, but heads the French government.

"This cannot last," he concluded, saying he is obliged to bring the budget into balance before 2012, when France next holds presidential elections.

Sarkozy said he would try to bring the budget deficit down to 2.4 percent this year and erase France's annual deficit by 2010 - a goal shared by the 13 nations that use the euro - but says he cannot guarantee it until 2012.

Sarkozy says he needs more time to implement sweeping reforms to France's labor system. Other European leaders have expressed frustration at the delay and called for more French austerity.