Alan Greenspan failed to predict that an explosion of mortgages to people with questionable credit histories could pose a danger to the U.S. economy. 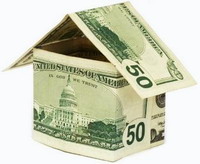 In an upcoming interview, Greenspan said he was aware of "subprime" lending practices where homebuyers got very low initial rates only to see them later jacked up, causing severe payment shock. But he said he did not initially realize the harm they could do.

"While I was aware a lot of these practices were going on, I had no notion of how significant they had become until very late," he said a CBS "60 Minutes" interview to be broadcast Sunday. "I really didn't get it until very late in 2005 and 2006," Greenspan said.

An excerpt of the interview was released Thursday.

A meltdown in the subprime mortgage market has rocked Wall Street. Foreclosures and late payments have soared and lenders have gone out of business. Nervous financial institutions tightened credit standards, making it harder for even more creditworthy borrowers to get financing. This has increased chances the economy might slide into a recession this year.

Greenspan, who ran the central bank for more than 18 years - the second-longest serving chairman in history - left in 2006. His successor, Ben Bernanke, has had to deal with a credit and financial crisis stemming from the subprime mortgage mess.

When he was at the helm, Greenspan maintained there was little the Fed - which also oversees the safety and soundness of banks - could do about the subprime situation. One of the Fed's governors, however, had raised a red flag about questionable lending practices.

"Well, it was nothing to look into particularly because we knew there was a number of such practices going on, but it's very difficult for banking regulators to deal with that," Greenspan said in the interview.

Some blamed Greenspan's interest rate policies for feeding the housing frenzy. Sales had hit record highs and house prices galloped from 2001 to 2005. Then the market fell into a deep slump.

The Greenspan Fed from early 2001 to the summer of 2003 had slashed interest rates to their lowest level in decades. It was done to rescue the economy from the blows of the bursting of the stock market bubble, the 2001 recession, the terror attacks and a wave of accounting scandals that shook Wall Street.

Critics say the Fed kept rates too low for too long, encouraging a Wild West mentality in housing.

Greenspan, however, defended the institution's actions.

"They are mistaken," he said of the critics. "It was our job to unfreeze the American banking system if we wanted the economy to function. This required that we keep rates modestly low," he said.

Meanwhile, some believe that Greenspan would have acted more aggressively than Bernanke in dealing with the current financial crisis. "I'm not sure that's true," Greenspan said. "I think (Bernanke) is doing an excellent job," he said.

Greenspan has written a book, looking back on his life and his days as Fed chief. It will be released on Monday.